A Short History of the Tasman Peninsula

It would be wrong to start with the Penal Station at Port Arthur when geologically, the Tasman Peninsula is home to a number of Tasmania’s top natural wonders that have been in existence for much, much longer.

This spectacular coastal environment includes soaring 300 meter high sea cliffs and a number of fascinating coastal rock formations such as Tessellated Pavement, the Blow Hole, Tasman Arch, Devil’s Kitchen, Remarkable Cave and Waterfall Bay; all easy to get to by car. You’ll find almost all of these within the Tasman National Park, so general entry fees and parks passes apply. 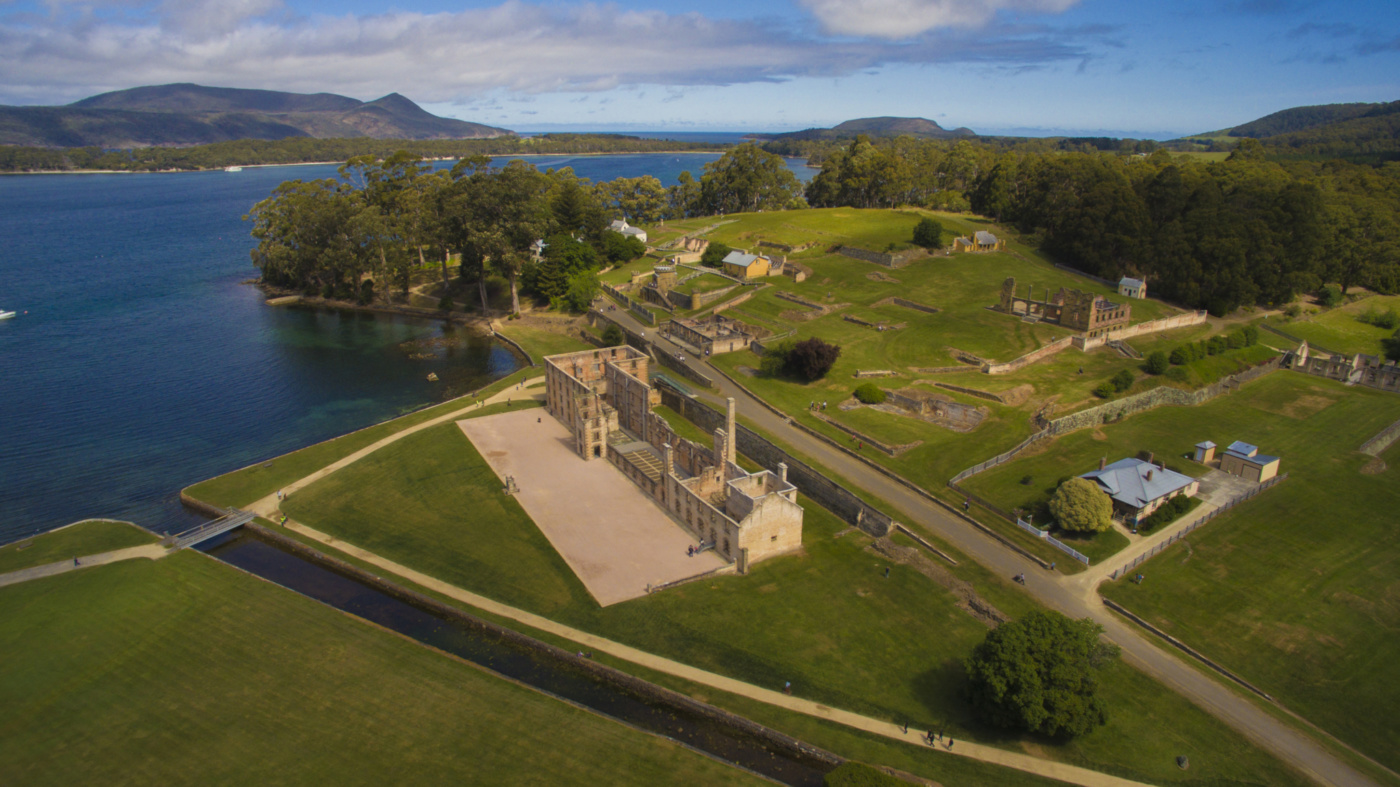 The most popular of these geological wonders would have to be the Tessellated Pavement, just before Eaglehawk Neck.

Located on the shores of Pirate Bay, this marnie platform has been formed over millions of years, the top layer of sedimentary rocks are weathered down by wind, the sea and rain, forming cut like paths across the surface.

The result on the peninsula is a mosaic like appearance (tessellated) and in many places, looks like loaves of baked bread all lined up! This example consists of two types of formations: a pan formation and a loaf formation.

The pan formation is a series of concave depressions in the rock that typically forms beyond the edge of the seashore. This part of the pavement dries out more at low tide than the portion abutting the seashore, allowing salt crystals to develop further; the surface of the "pans" therefore erodes more quickly than the joints, resulting in increasing concavity.

The loaf formations occur on the parts of the pavement closer to the seashore, which are immersed in water for longer periods of time. These parts of the pavement do not dry out so much, reducing the level of salt crystallisation. Water, carrying abrasive sand, is typically channelled through the joints, causing them to erode faster than the rest of the pavement, leaving loaf-like structures protruding.

This geological feature probably started as a sea cave, then a tunnel and developed into its modern form after the collapse of the cave roof.

Tasman Arch is basically what is left of the roof of a large sea cave, or tunnel, that was created by wave action

over many thousands of years. The pressure of water and compressed air, sand and stones acted on vertical cracks (joints) in the cliff, dislodging slabs and boulders. Eventually the arch will collapse and Tasman Arch will become another ‘Devils Kitchen’.

The Blowhole was once a sea cave and tunnel. The roof at the rear of the tunnel collapsed to create a broad arch with a blowhole behind it. The Blowhole point was originally an unbroken line of cliffs of siltstone. This flat lying rock was formed like a giant layer-cake when mud and silt were deposited into the sea about 270 million years ago. Earth movement cracked the rock, creating vertical joints which enabled the sea to erode caves and tunnels into the sea cliffs.The Blowhole only lives up

to its name when the seas are rough and in the right direction. Swells enter the tunnel, and sea-spray and

air are blasted through the funnel, creating an explosive effect in the small joints at the back of the ‘inlet’. The sound of the ‘thump’ is the impact of water on the rock and the expansion of air that had been compressed into cracks. When seas subside the Blowhole runs out of puff and it may then be described, although rarely, as a millpond.

The area is also home to many animals including the brush tail possum, wallabies, wombats, bandicoots, Australian fur seals, penguins, dolphins and migrating whales as well as the endangered swift parrot and many forest-dwelling birds. You may also see endangered wedge-tailed eagles and sea eagles overhead. 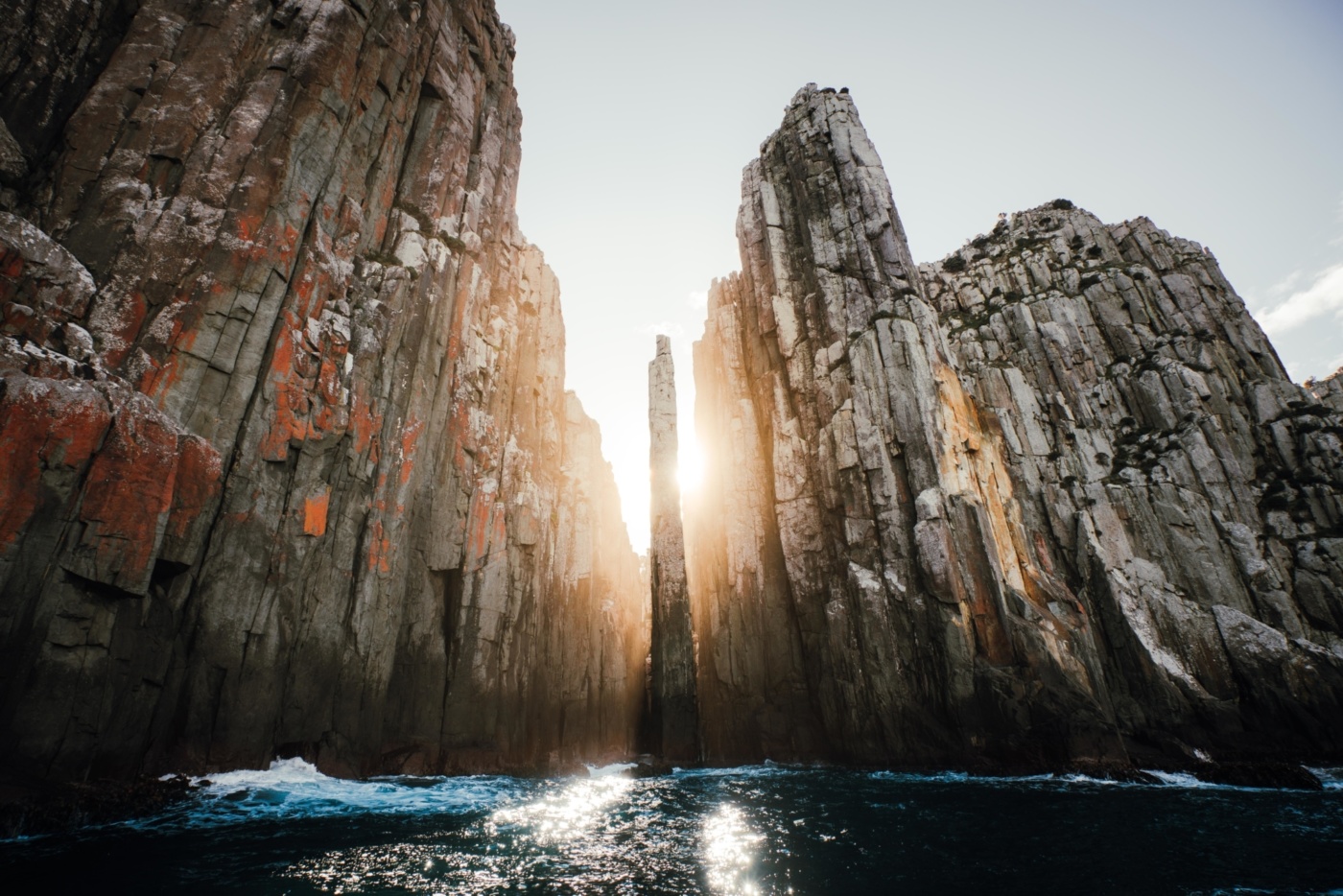 At the time of first contact with Europeans, the area was the country of the Pydairrerme band of the Oyster Bay tribe. Their territory was what is now known as the Tasman and Forestier Peninsulas. A narrow “neck” of land joins these two peninsulas. There is no recorded evidence of any remaining Pydairrerme people on the Tasman Peninsula from the 1830s onward, although remains of middens and stone artifact’s remain in the landscape from this period. 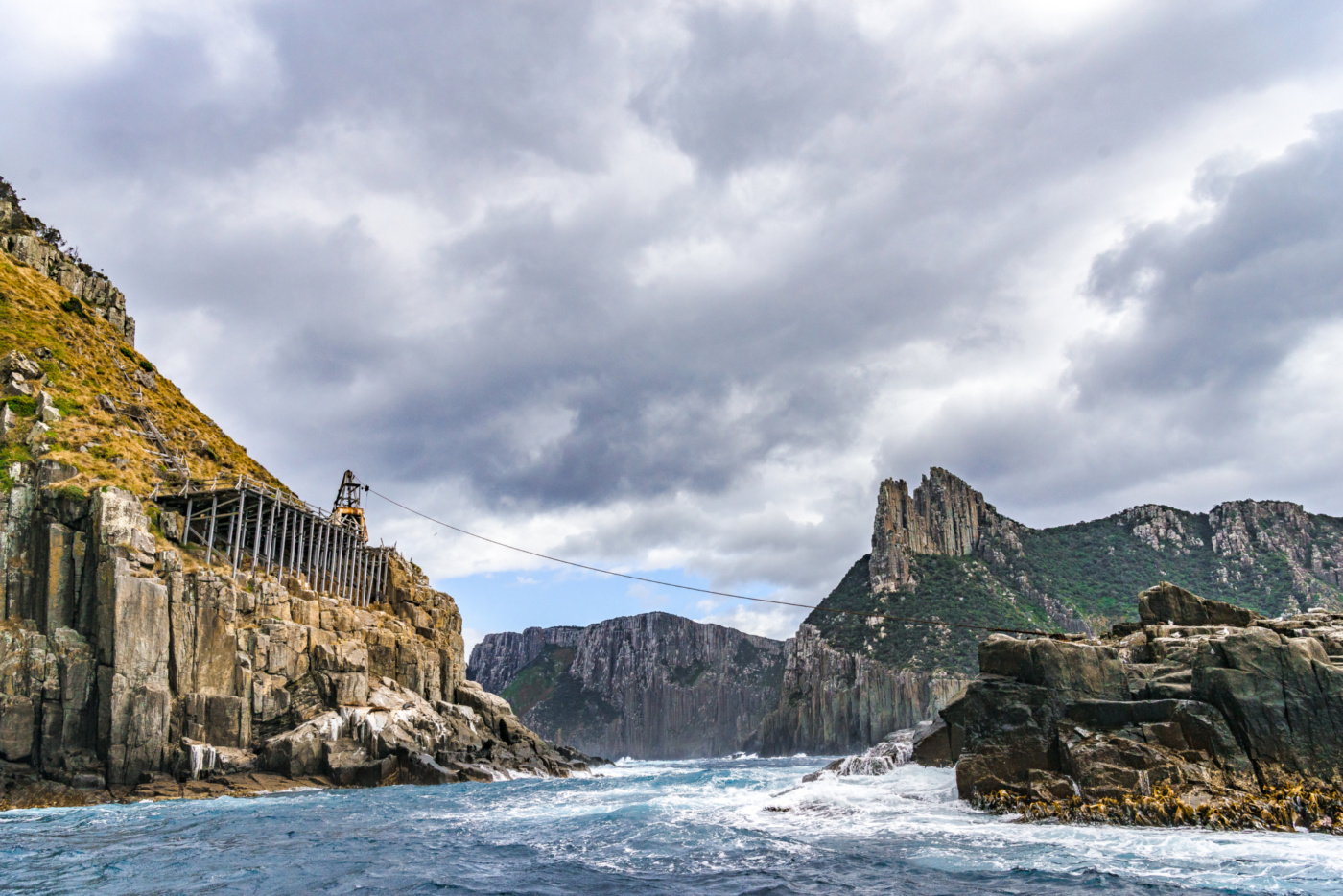 Port Arthur was also endowed with a protected harbour and freshwater stream. These were critical factors in the choice of site, both to ensure its viability, and to provide the capacity for large-scale convict employment. In 1830 timber was cleared, building commenced and the first convicts arrived. 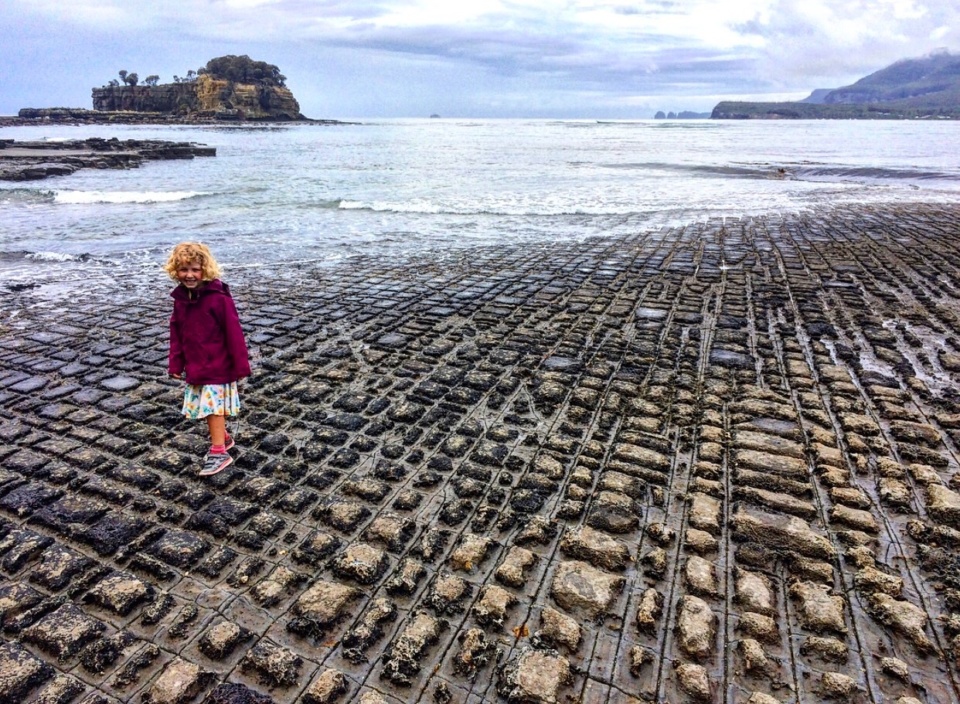 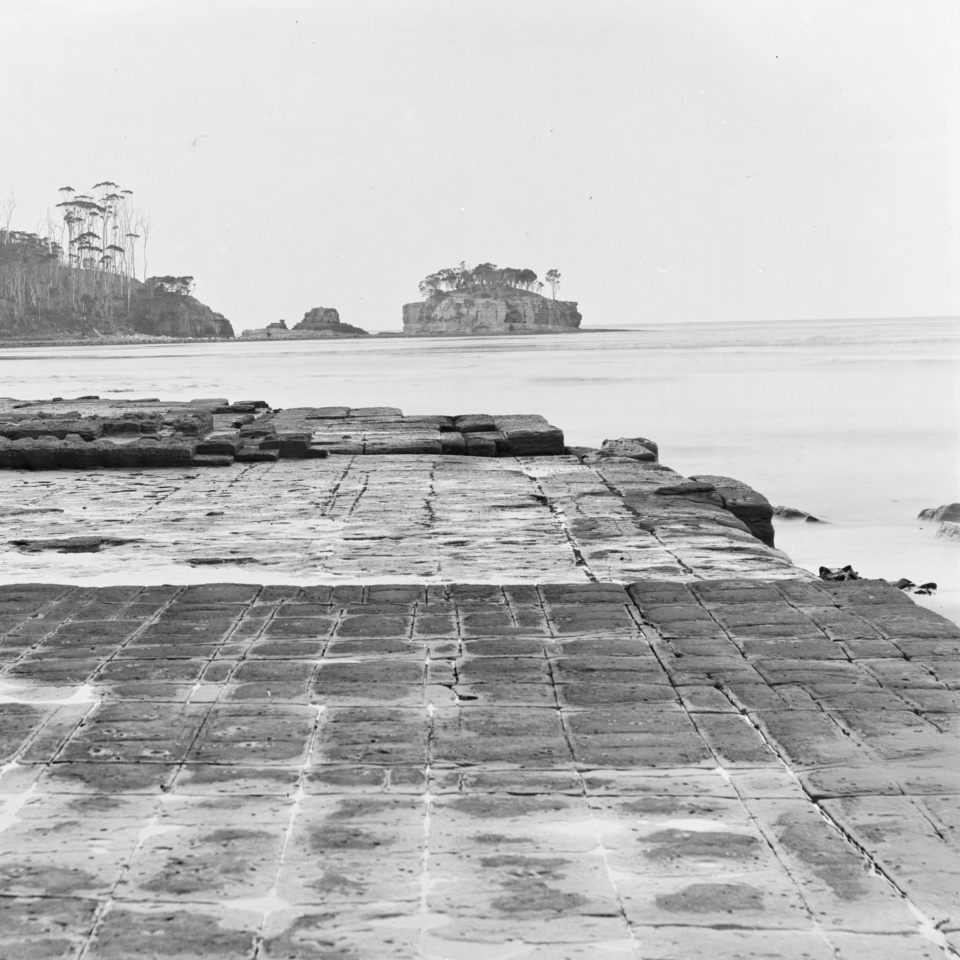 Named in honour of Lt-Governor George Arthur – began life in 1830 as a punishment-oriented timber station. Replacing Macquarie Harbour and Maria Island as the primary source of secondary punishment, Port Arthur’s 47-year operation was due largely to its geographical isolation and the availability of natural resources such as timber, sandstone and dolerite. as well as fertile land for farming. 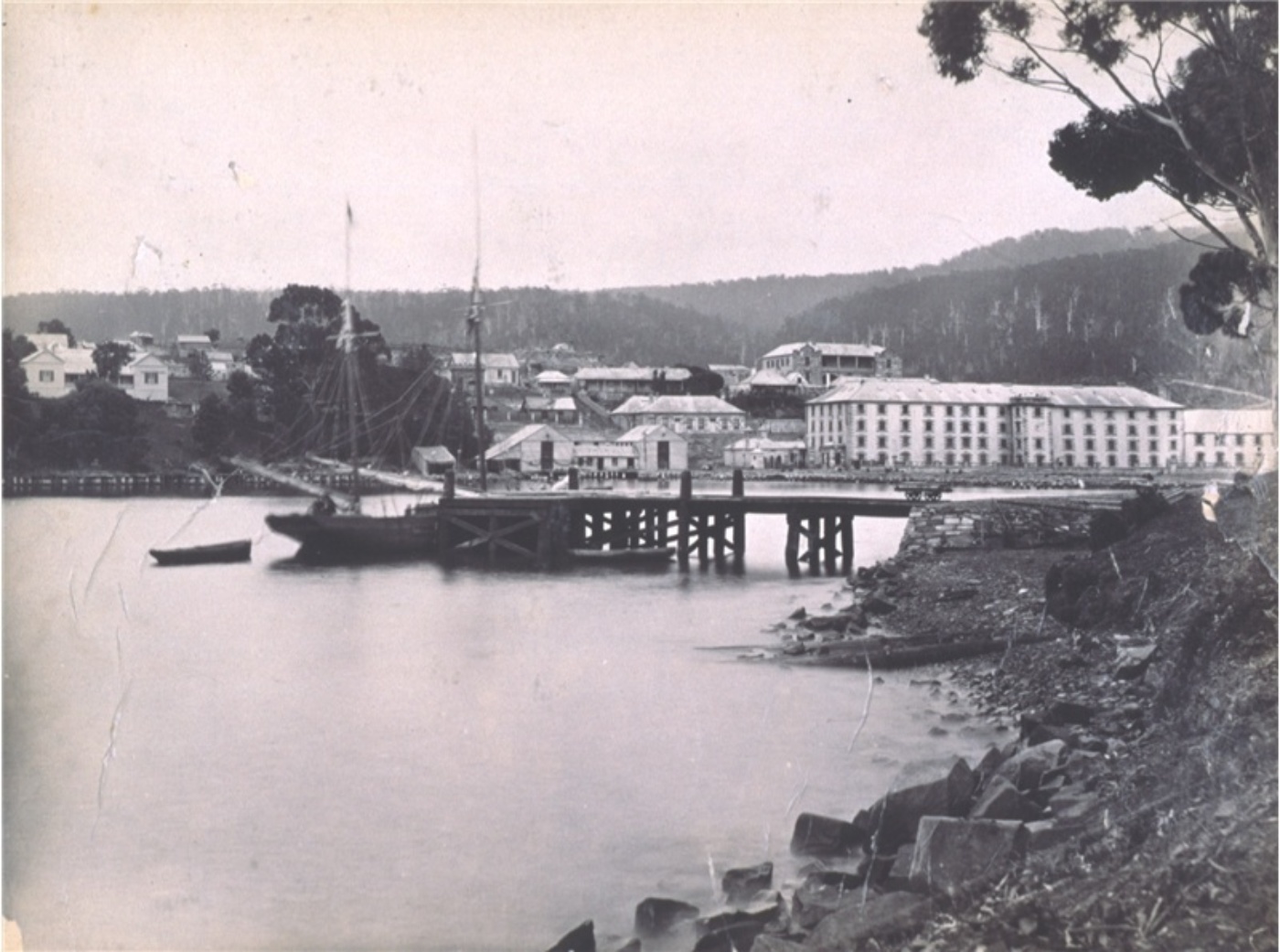 The daily work of the convicts ranged from ganged labour – including timber-getters in irons, and un-ironed garden gangs to relatively skilled labour in the shipyards or artificers’ shops. Combined with scholastic and religious instruction, the labour was designed to provide an avenue to reformation, as well as to improve the economic returns of a large and expensive settlement. The station’s workshops housed blacksmiths, shoemakers, tailors, basket makers, carpenters and stonemasons. 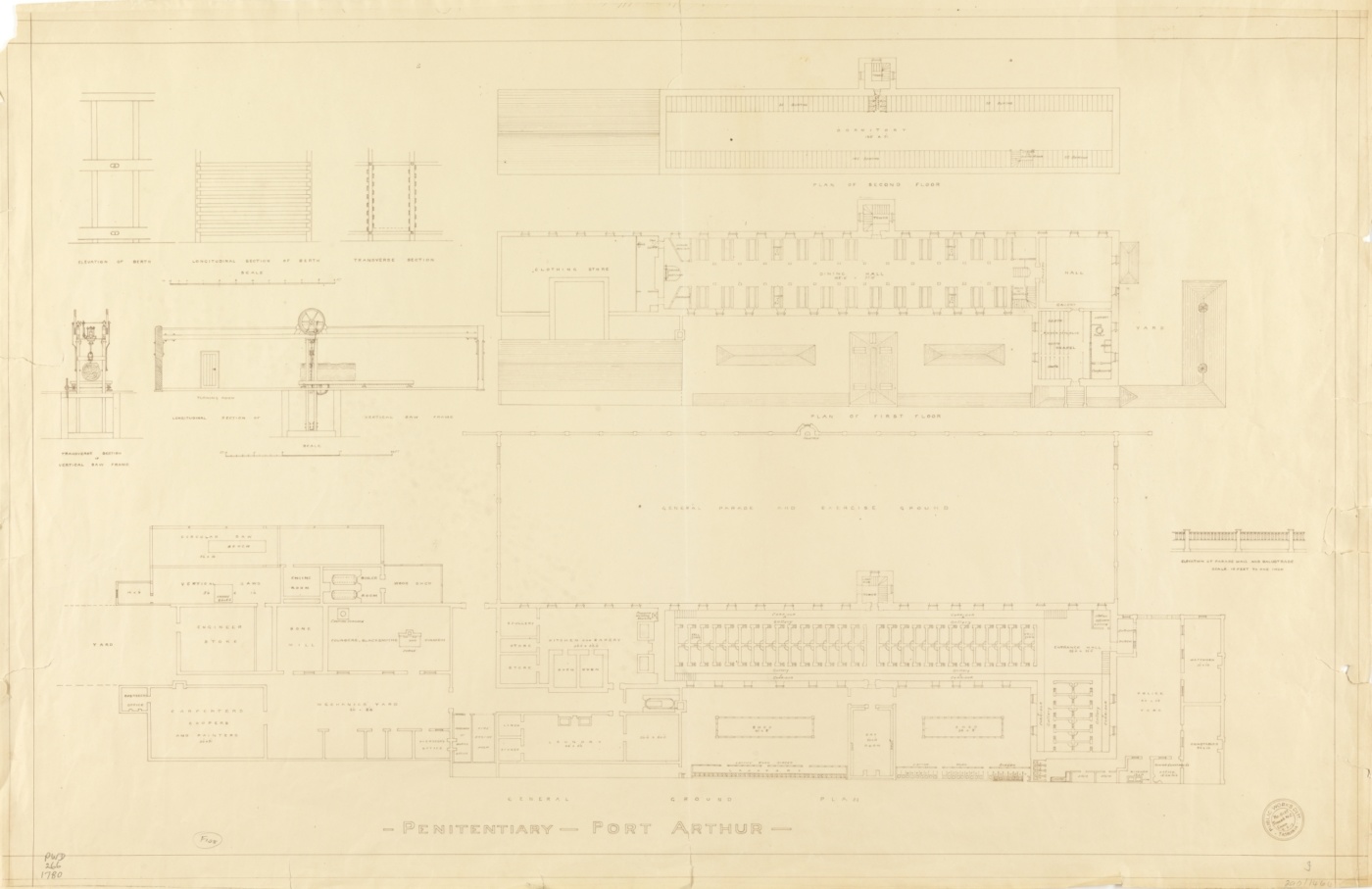 Across Carnarvon Bay, at Point Puer, a boys’ penitentiary was established in 1834. A line of guard dogs and lamps was stationed across a thin isthmus just 30 metres wide at Eaglehawk Neck, and once guarded by dogs to prevent convicts escaping. Any break of the scrub or slightest noise would set the hounds barking and alert the sentries. Dogs were even placed on stages out in the water to detect absconders attempting a sea crossing. The dogs were a virtually impenetrable barrier to escaping convicts. 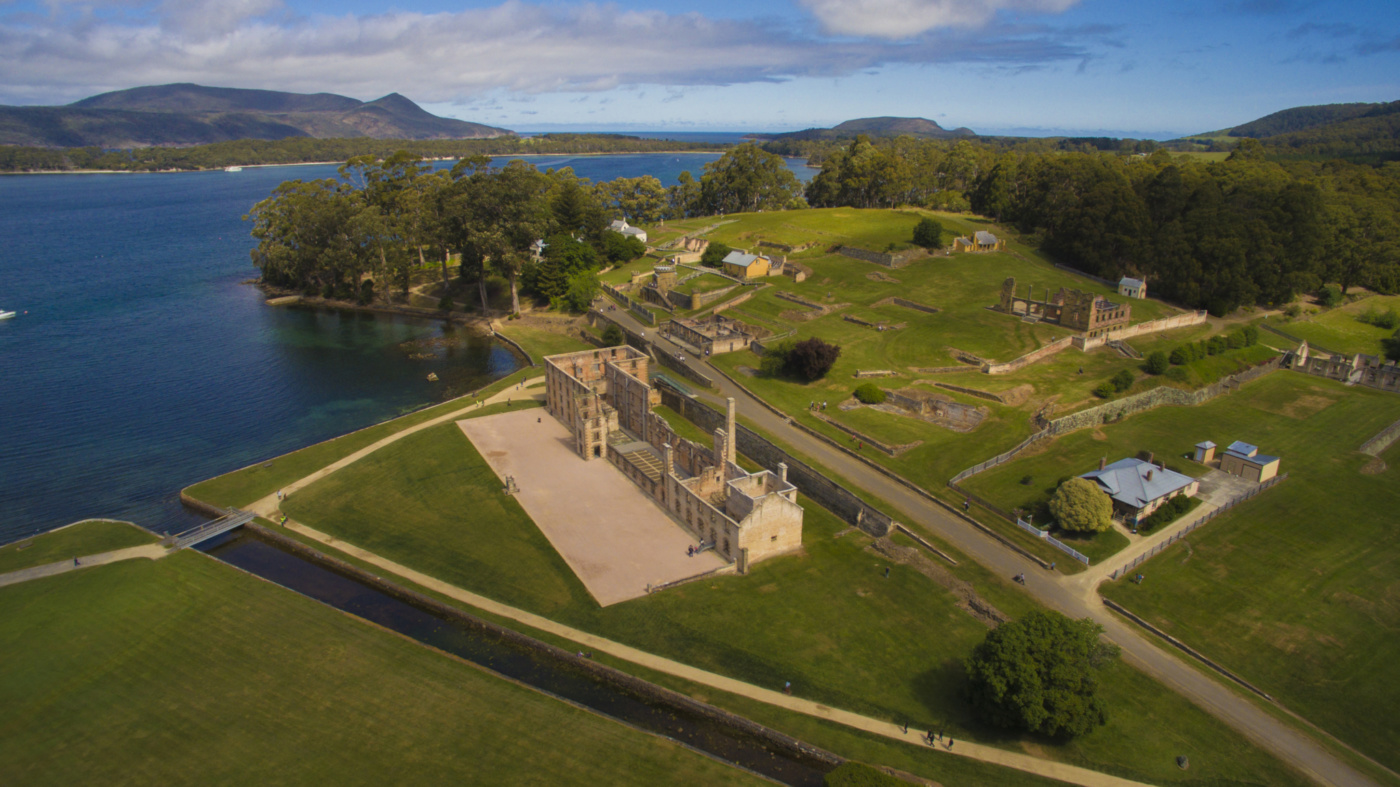 A ʻconvict railway’ powered by human eff ort was completed in 1836 and linked Norfolk Bay and Long Bay. The Saltwater River coal mines and Eaglehawk Neck were linked by roads. A wide network of signal stations was set up in the mid-1830s that connected the settlements and the Peninsula to Hobart.

By the mid-1840s there was a decline in transported convicts and the boys penitentiary at Point Puer closed in 1849. With the end of transportation in 1853 reduced even more and in 1877 the Port Arthur penal settlement closed. The Officers Quarters (1832), reputed to be the oldest wooden military building remaining in Australia, is the only structure left on the isthmus from the convict days, and is now a museum interpreting the history of Eaglehawk Neck

A new township named Carnarvon was superimposed on the remains of the former penal settlement, and by 1880 tours of Port Arthur were operating. The former Commandant’s Residence became the Carnarvon Hotel. By 1892 Port Arthur had become an established port of call for tourists. In 1912 a local councilor estimated that 5000 tourists visited the town. (Today there is an estimated 280,000 annually visit the site)

Following the closure of the penal settlements, land around the peninsula was subdivided for farms and orchards and small rural settlements.

Fruit growing became one of the main industries, although most of the early orchardists were dependent on the timber industry in conjunction with vegetable and dairy products.