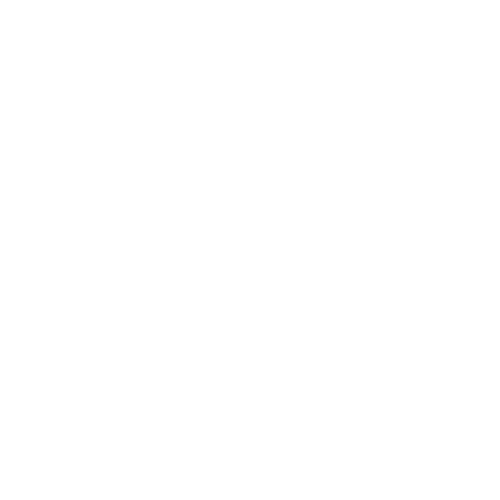 The smell of this rainforest is invigorating. The sweetness of the new flowers of the Tea Tree and Sassafrass starting to emerge, the scent of the rain soaking into the old bark of ancient pines and the taste off the crisp, clean air that fills your lungs with every breath; renews you. This is particularly beneficial if you've been in the car for a long time.

Thats what I remember from the Franklin River. Raw. Wild. Free. It was flowing faster than normal from all the snow, and its temperature would be close to freezing. I found it enchanting.

Ive done the walk at the Franklin River where the Lyell Highway crosses over a couple of times. Each time it was different. The track was the same but the rainforest of the west coast has a way of reinventing itself every time you enter it. It's almost like magic, and you can't help but feel like you're experiencing it for the first time again.

What made this visit special was taking my three children through the wilderness. The Wild One, almost three, has an inquisitive mind like most toddlers and his eagerness to explore is always infectious. He loves the sounds of the rainforest and the gushing rivers. He loves listening for birds and finding pademelons. I've always spoken to him as if he was older and it seems to have played a part in his understanding of nature and its beauty, as much as a three year old can, anyway.

Daniel and I also took our twins, and their eyes were wide with wonder, as we ducked under branches and had cold drops of water trickle onto our faces. At eight months old they are beginning to experience sequences of events and patterns; to watch the fast flowing river becomes mesmerising, as does the anticipation of what is around the corner. The delight shines in their eyes. It's beautiful.

The walk begins from the carpark. Here, there is access to pit toilets which are nothing fancy at all. But, they protect the environment and the area is within the World Heritage Area and Franklin and Gordon Wild Rivers National Park.

With the high amount of traffic through this rainforest every year, these pit toilets play a major part in minimising the footprint we intrepid humans leave behind.

There is an information booth which talks about the national park and the famous Gordon Below Franklin Dam controversy from the 1980s. Thankfully the Franklin River was not damed, but a lot of change came about because of the controversial event. Families separated and towns were divided. The beautiful river was even described as a 'leech ridden brown ditch' by the Prime Minister at the time, Robin Grey. He was soon preceded by Bob Hawk.

The best place to experience and relive this story is on a cruise up the Gordon River, from Strahan. You would not know it as you walk around the trail, but this very river was the beginning of the conservation movement in Australia.

The track loops around for approximately a kilometre, and takes up to half an hour. You'll start by following the bank of the Franklin River and then head away deep into the forest and back to the carpark.

When the river is calm enough you can see the stones and pebbles on the riverbed through the rich brown tannin that leeches out from the roots of the native plants and trees. If you're lucky, you may spot some foam on the waters edge. Tannin has a natural detergent in it and the swirling of the water churns it up. On the Bird River near Queenstown, the tannin churns so much a perfect donut shaped mound of foam forms as the water twirls around in a crevice of rocks. Tannin is special; it's full of antioxidants and anti bacterial properties. It's in red wine and cups of tea. That foam donut would be around half a meter high. It's an amazing sight.

On our family walk around, we decided to carry the girls as the pram was packed away in the boot. We didn't have any carriers with us either so the girls got to snuggle in our arms the whole way.

It was quite chilly and we used our onesies or rompers from Kathmandu and MacPac. Check out eBay as they often have them online, but Kathmandu sell them and have a waterproof one too, which we also have. We highly recommend them (not a paid endorsement - they are just awesome).

When the track leaves the river there are big trees in the forest that begin to tower above you. Its a beautiful sight to see the light shine through the silhouettes of the branches above.

These giant gums would be close to 80 years old, but the highlight is the endemic species found only on the this side of Tasmania, such as Celery, Sassafras, Myrtle, Huon pine, Leatherwood, Whitey Wood, Horizontal and the lush ferns and ground covers.

There are lots of birds throughout the forest and if you're lucky you'll spot a Pink Robbin or a Scarlet, Whistlers, Thrush, Pardelotes and magnificant eagles soaring above. Just stand still, and quite; the forest will come alive.

There are plenty of interpretive panels that share history, geography and stories of the River and area.

The wildlife are mostly nocturnal, but you may find a wallaby or Pademelon, a BrushTailed possum, Tasmanian Devil, Spotted Tailed quoll, Common wombat, Platypus or maybe the elusive; Tasmania Tiger.

For all we knew we could have been watched as we walked around the track. Its cream stripped body hidden in the undergrowth, just off the edge of the trial. Declared extinct in 1936, there are still dozens of sightings of Tasmanian Tigers, or the Thylacine; every year, most of which are from the isolated West Coast, where this walk is.

Youll need to take a raincoat and good walking shoes. Even through it's a shorter walk the weather can change and the temperatures can get very cold, very quickly. Ensure the kids have a beanie on and you've got a change of clothes in the car just incase. Take water with you as well.

The summer months are very warm, and there can be little breeze through the undergrowth making it hotter in the forest that out in some places. Take water and wear a hat. Sunscreen is a must.

Overall, the nature trail is a great opportunity to experience the famous Franklin River in your own way, and pace. Many say it's a river that draws you in, invigorating your senses. If your road trip has been intense with car travel, or you're feeling drowsy; stop and enjoy the natural wonder of the rainforest, revive and then get going again.

The kids will love running around and exploring the tracks for wildlife, listening for birds and you'll all be ready to keep exploring by road again at the end of the walk.